Die Partei - iDemo. In the run-up to the German Bundestag elections 2013, the satirical (but officially recognized) party, "Die Partei" held the first fully interactive demonstration in front of the Brandenburger Tor in Berlin. Users could input demands to the party's website, which would then be streamed live onto the screens. I was involved as the technical supervisor of the live event. 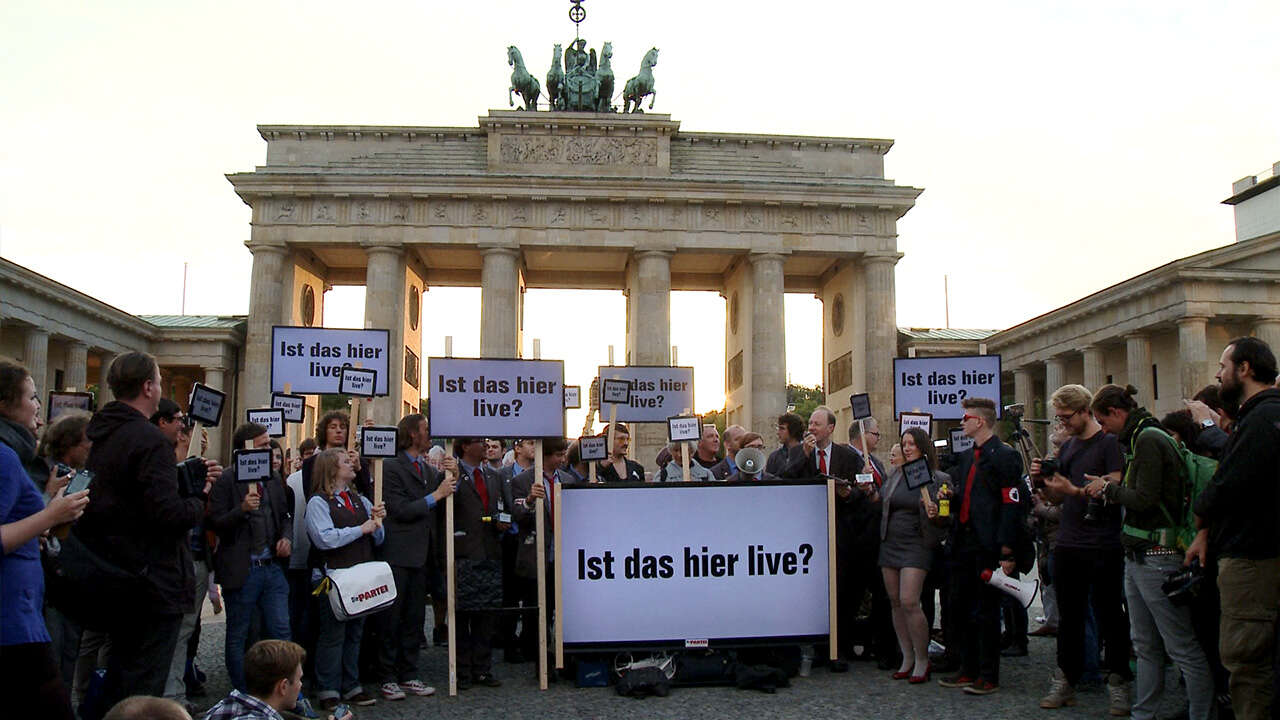 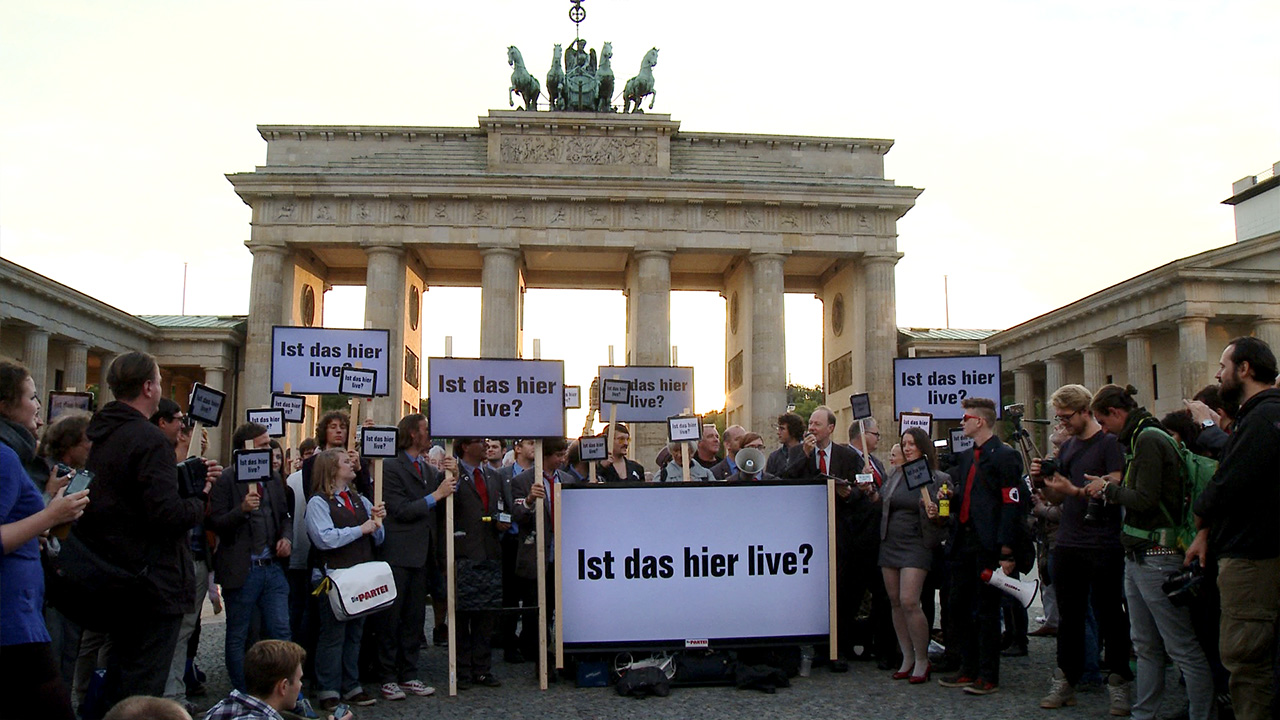 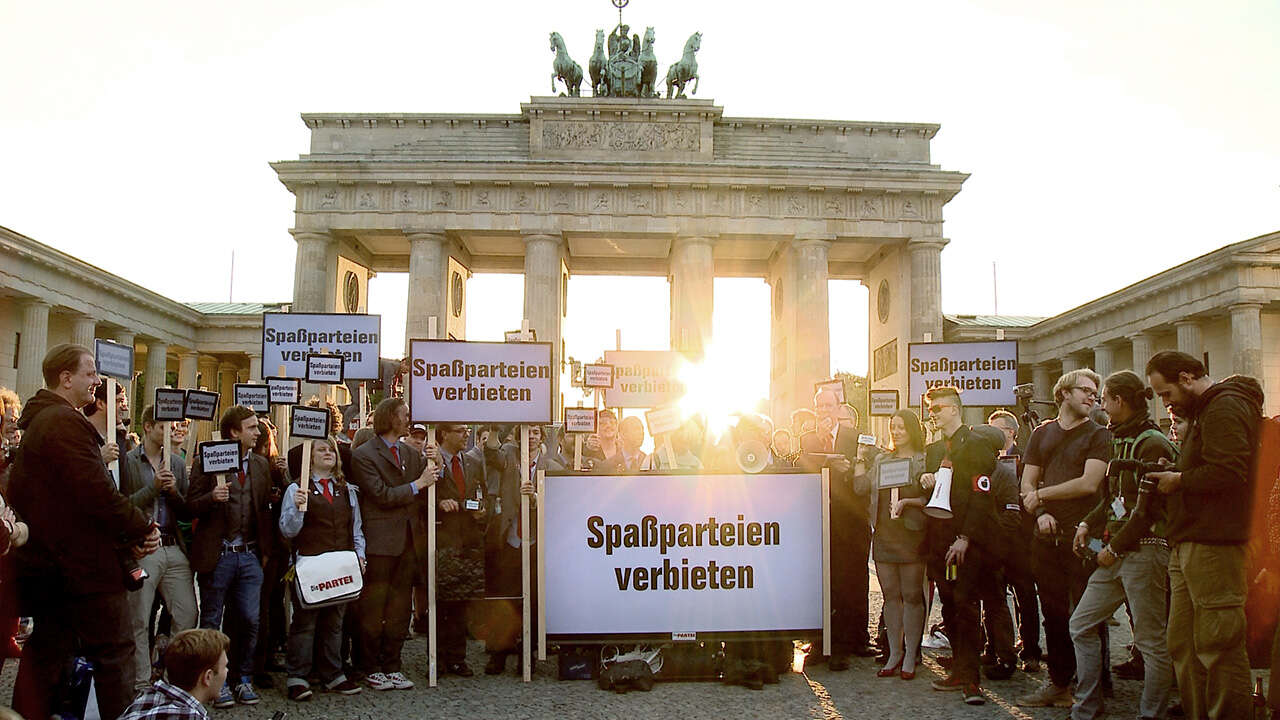 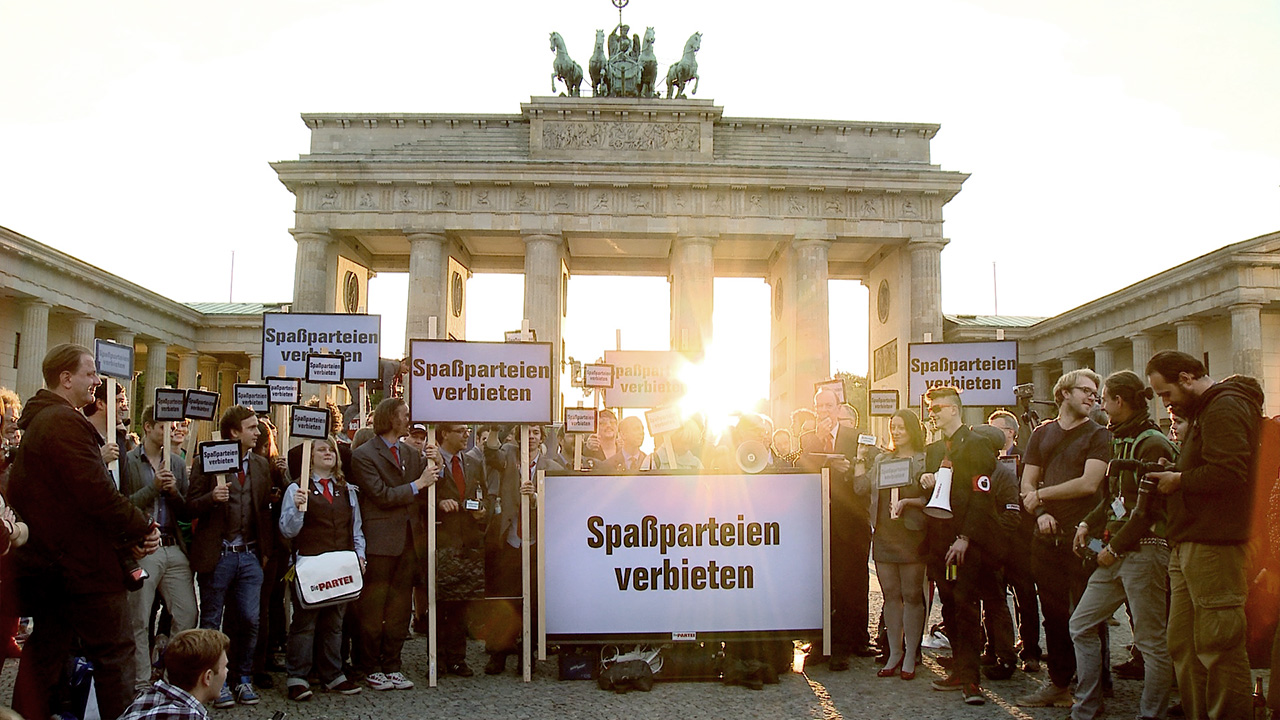 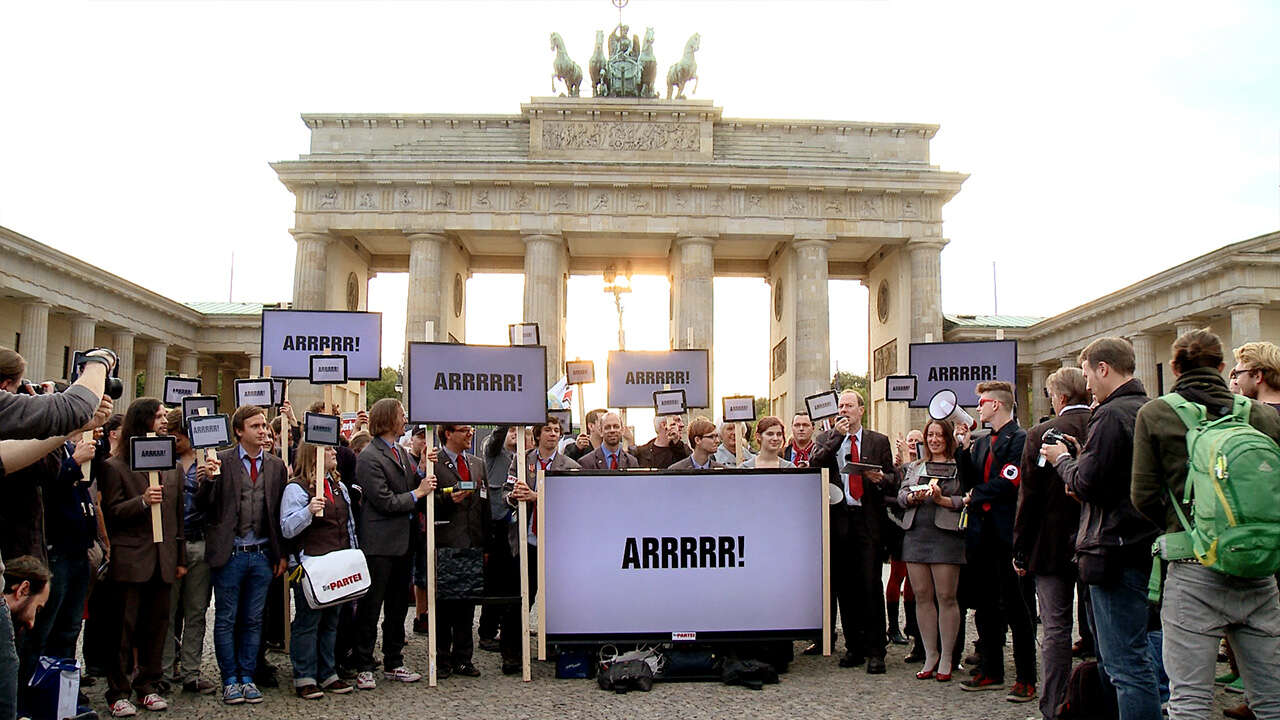 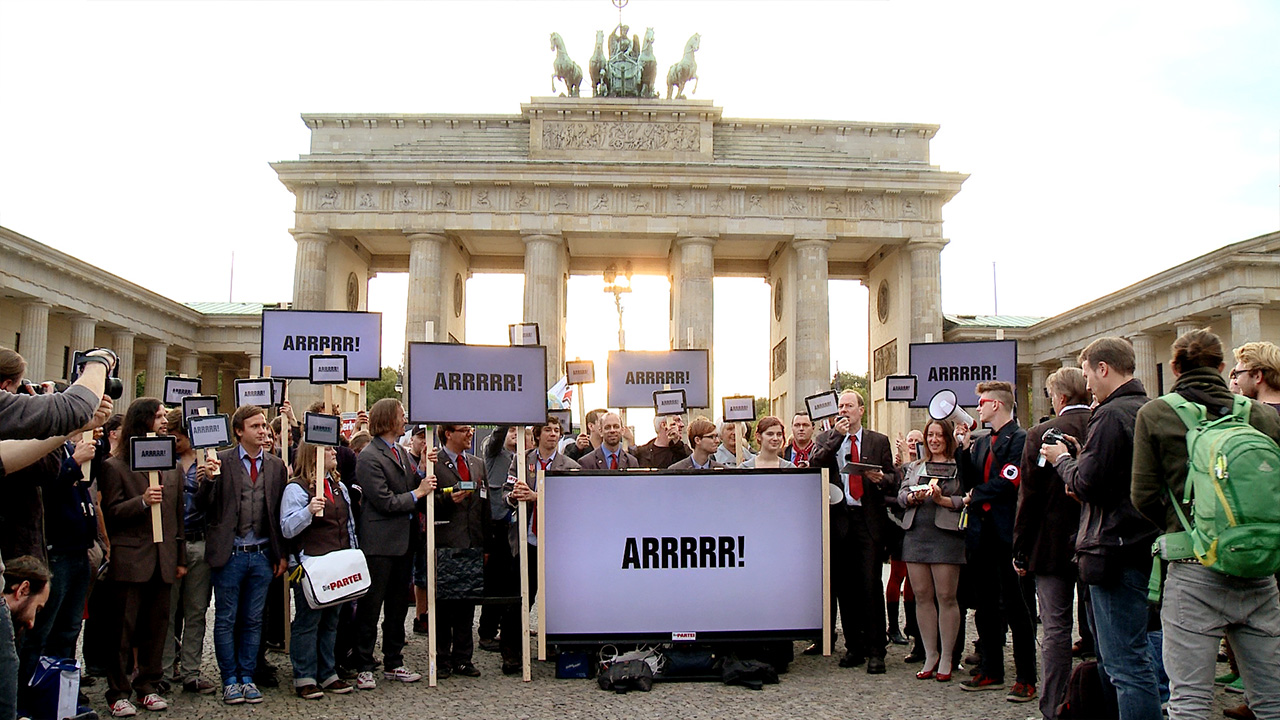 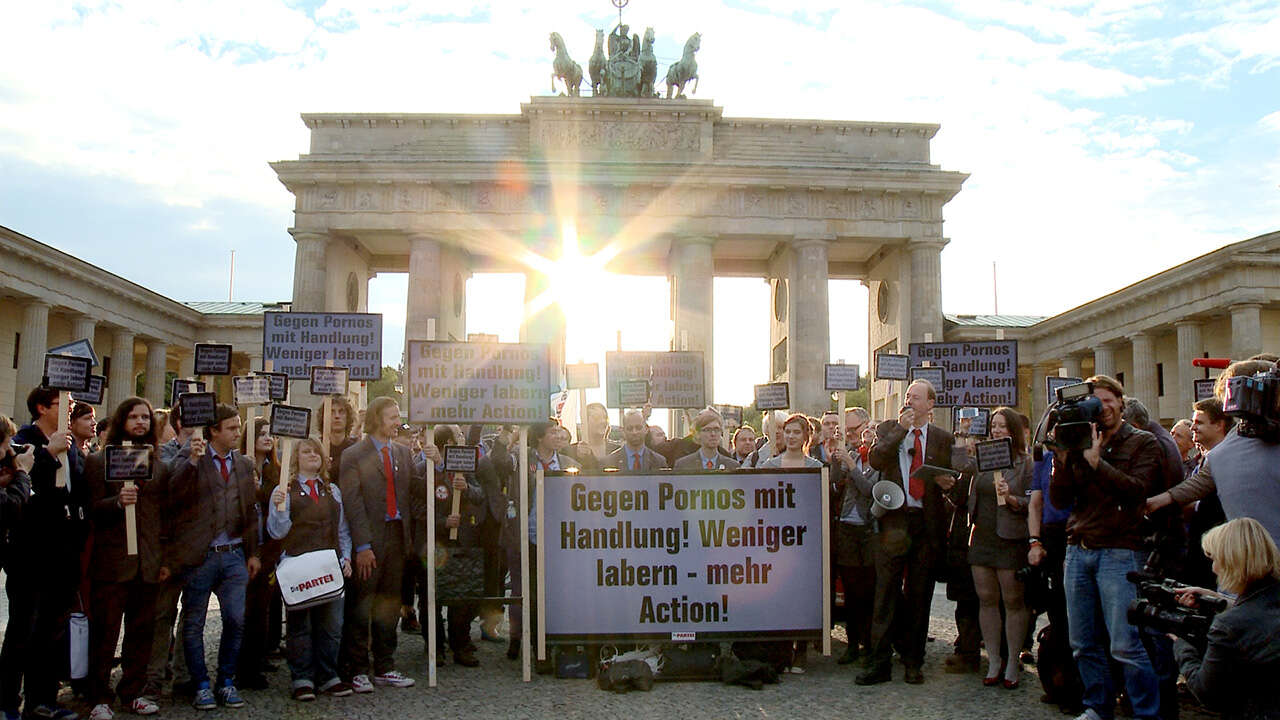 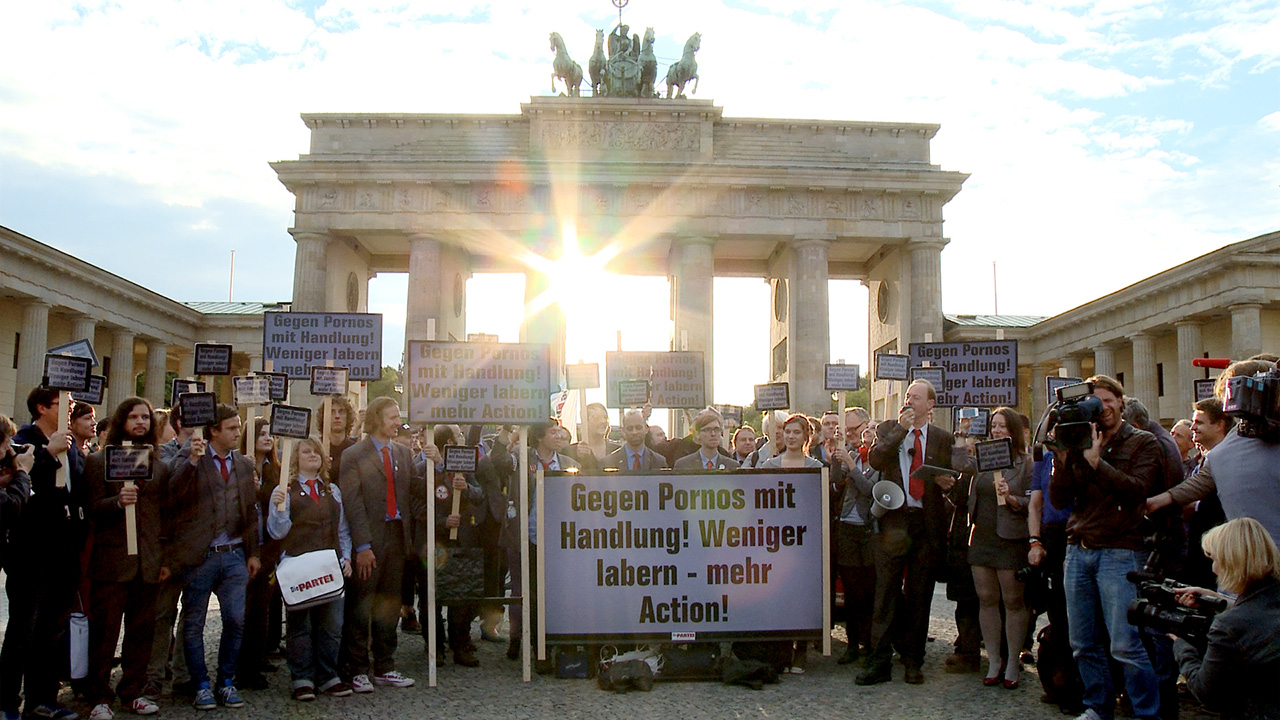 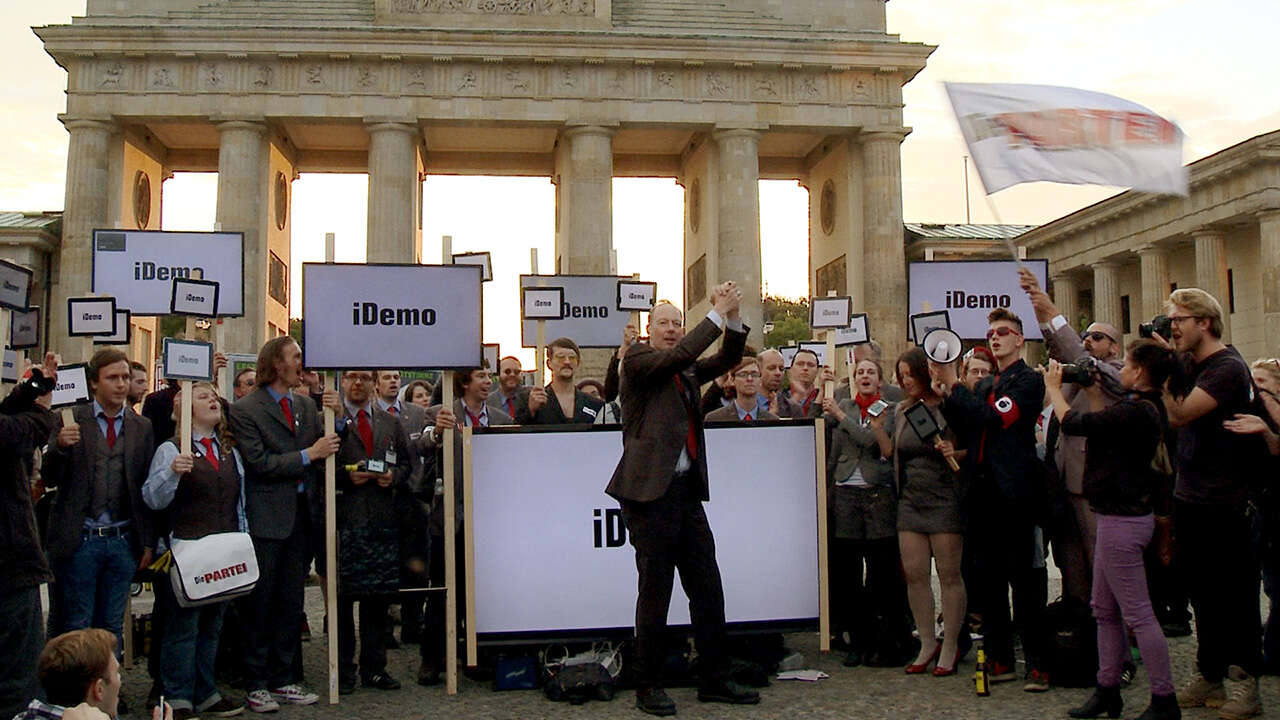 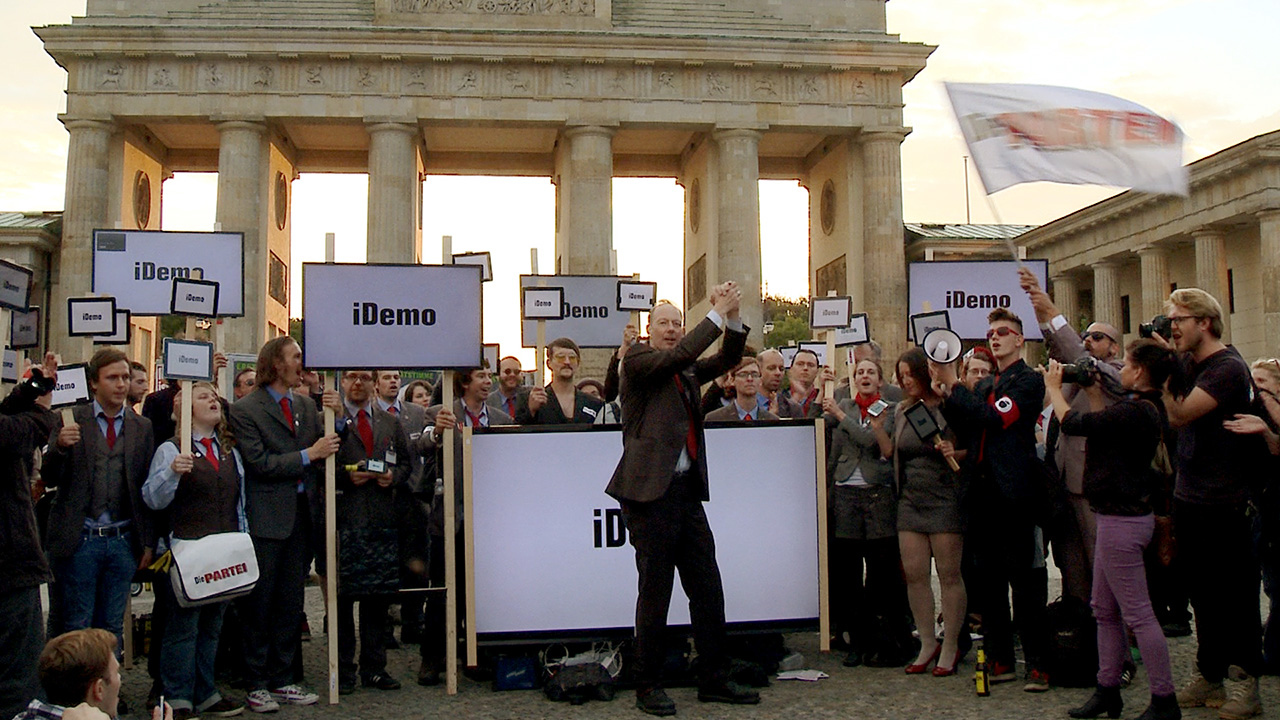